Zion Williamson signed a $75 million shoe deal before ever playing an NBA game It could represent the biggest emerging threat to teams in today’s NBA Scott Davis Ethan Miller/Getty Images Zion Williamson’s shoe deal is reportedly the biggest for a rookie in NBA history Zion Williamson signed with Jordan Brand for the largest shoe deal ever for an NBA rookie, according to a report In an era of player empowerment, some have wondered if players will begin playing on the one-year qualifying offer early in their careers so they can unrestricted free agency earlier With the top players making more money off the court than they do on it, stars are able to turn down money to choose where they want to play There is nothing to suggest Williamson wants to leave New Orleans, but rising NBA salaries, plus his massive shoe deal and talent puts the situation in play

As the NBA world ponders what’s next in an era of increasing player power, Zion Williamson’s shoe deal with Jordan Brand could serve as a possible worst-case scenario.

On Tuesday, it was announced that Williamson partnered with Jordan Brand to create his first signature shoe Adam Zagoria reported the deal is worth $US75 million over seven years, the second biggest shoe deal ever for a rookie, behind only LeBron James However, ESPN’s Adrian Wojnarowski on Wednesday reported that the deal extends five years to become the richest shoe deal for a rookie in NBA history ESPN’s Nick DePaula reported that other companies were offering deals worth over $US10 million annually, while The Action Network’s Darren Rovell reported that Williamson turned down more money from other companies

Williamson is yet to suit up for a real game for the New Orleans Pelicans, who unexpectedly landed the No.

1 pick in this year’s draft and took the Duke superstar Williamson made a brief appearance at Summer League in Las Vegas but was shut down after one game with knee soreness While it will sound dramatic – and there is nothing to suggest that Williamson has an exit from New Orleans on his mind – in today’s NBA, the Pelicans may now be on the clock Williamson’s shoe deal could be a reason

The next step in the player empowerment era This NBA season saw players take their futures into their hands like never before.

Anthony Davis requested a trade with over a year left on his contract.

Months later, Paul George requested a trade from the Oklahoma City Thunder with at least two full years left on his deal Elsewhere, superstars like Kevin Durant, Kyrie Irving, Kawhi Leonard, and Jimmy Butler took less money to join other teams in free agency Leonard signed just a three-year deal, with an opt-out after the second year, with the Los Angeles Clippers He could dip his toes back into free agency in two years Read more: NBA free agency has exploded Here are the biggest signings so far and the best remaining players As ESPN’s Zach Lowe wrote , the NBA is “reckoning post-Kawhi with what the endgame of player empowerment might look like” Lowe wondered if players could choose to gamble on themselves earlier in their careers to have some power over where they play Typically, a player hits restricted free agency after their fourth year in the league A team can match any offer another team makes that player Restricted free agency can stagnate a player’s market – rival teams know that player’s team will match any reasonable offer It might take a giant overpay to lure a player away Players have the option to play on the one-year qualifying offer in their fifth season to become an unrestricted free agent the following summer Most don’t take it Doing so means passing up a potential long-term payday It also comes with risk

What if that player suffers a devastating injury while playing on the qualifying offer and they never get the chance to sign a long-term contract? But with NBA salaries growing and a surplus of off-court money for some players, the next step could be players taking the fifth-year qualifying offer – a one-year deal – to become an unrestricted free agent the following year.

Wrote Lowe: “When will a superstar coming off his rookie deal sign the one-year qualifying offer – allowing him to enter unrestricted free agency after his fifth season and signalling his intention to leave? “Qualifying offers are getting huge now – into the $US15 million-plus range for top draft picks That is about half of what those players could earn in that one season by signing new long-term max contracts, but it’s life-changing money What if a player really wants out? What if he has a huge shoe deal?” It’s not completely unheard of – Greg Monroe played on the qualifying offer for the Detroit Pistons in 2014-15 to become an unrestricted free agent the next summer Omar Vega/Getty Images Kristaps Porzingis chose not to play on the qualifying offer

Many players won’t take the risk.

Kristaps Porzingis reportedly threatened to take the qualifying offer after he was traded to the Dallas Mavericks But coming off a torn ACL that cost him an entire season, Porzingis instead signed a five-year, $US158 million contract with the Mavericks this summer Lowe’s point about a major shoe deal potentially affecting a player’s decision coincides with (ironically) what new Pelicans GM David Griffin told Wojnarowski on a podcast this July Griffin said some players make so much money off of the court that they can afford to leave money on the table to join other teams or take shorter deals

“In most cases, the supermax players that have been moving are also signature shoe guys,” Griffin said.

“They have their own shoe, they have their own brand, they have their own line They’re making enough money that they can take risks players didn’t used to take” Griffin noted that when LeBron James played on the Cleveland Cavaliers the second time, he played on a string of one-year deals James then had leverage because he could afford to turn down money “With some of these guys, that comes into play as well,” Griffin said “They’re willing to take a chance on a year-to-year deal because they can” Sarah Stier/Getty Images Zion Williamson Again, this isn’t to suggest that Williamson already has an exit on his mind or would even risk playing on the qualifying offer But such a historic shoe deal puts the scenario in play Others could follow Williamson – assuming he lives up to lofty expectations in his first few years – could be in a position to play on the qualifying offer and become an unrestricted free agent after his fifth season Williamson’s talent and stature are such that, even if he did suffer an injury on the qualifying offer, a team might still sign him, regardless Kevin Durant just signed a four-year, $US162 million max deal after tearing his Achilles Williamson is a once-in-a-generation prospect, so it’s unlikely that other rookies will sign shoe deals of his magnitude Nonetheless, future talented young players could still sign lofty deals that outweigh their rookie contracts Those deals could encourage players to take a gamble on themselves to better control their NBA futures Read more from Scott Davis: 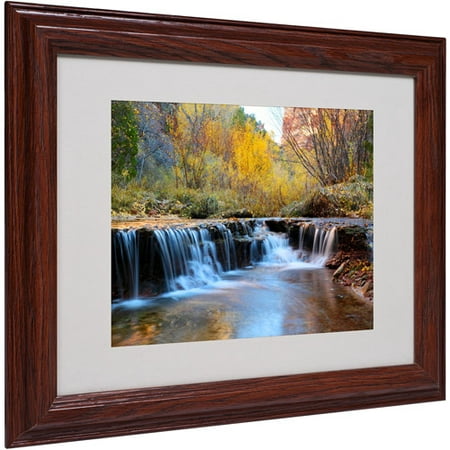